The European League start on april 5th in Rethel. 4 days of in line hockey with 9 nations and the best teams of their country, champions and cup winners. The format is unchanged and the same as last year.

Each team play each other. Based on ranking the event will end with standard semi finals and finals. 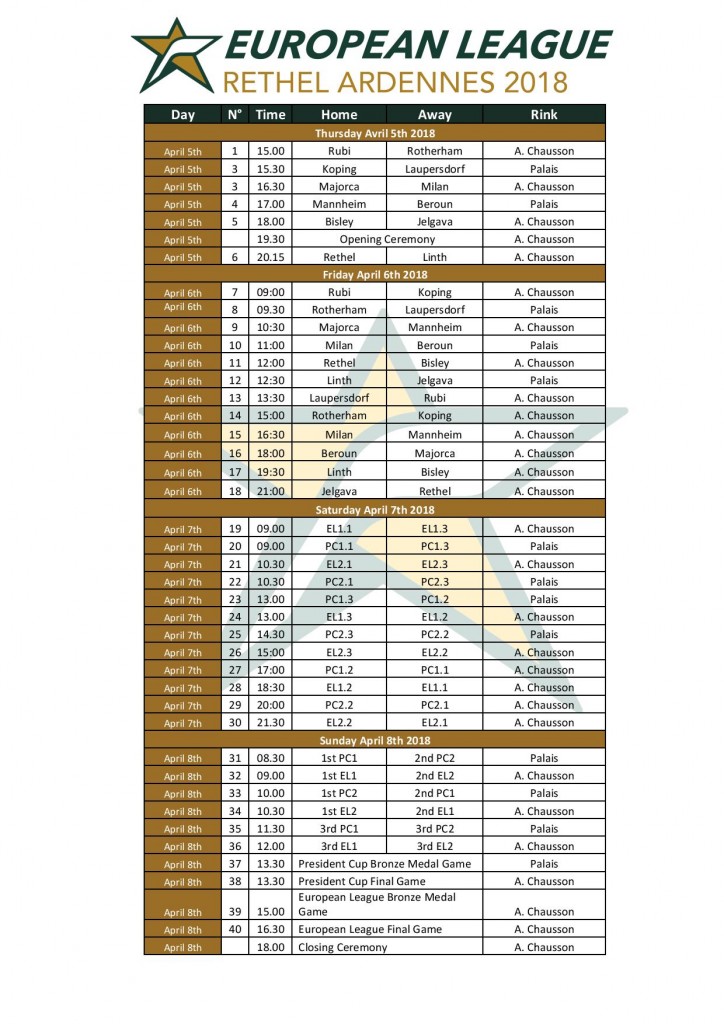 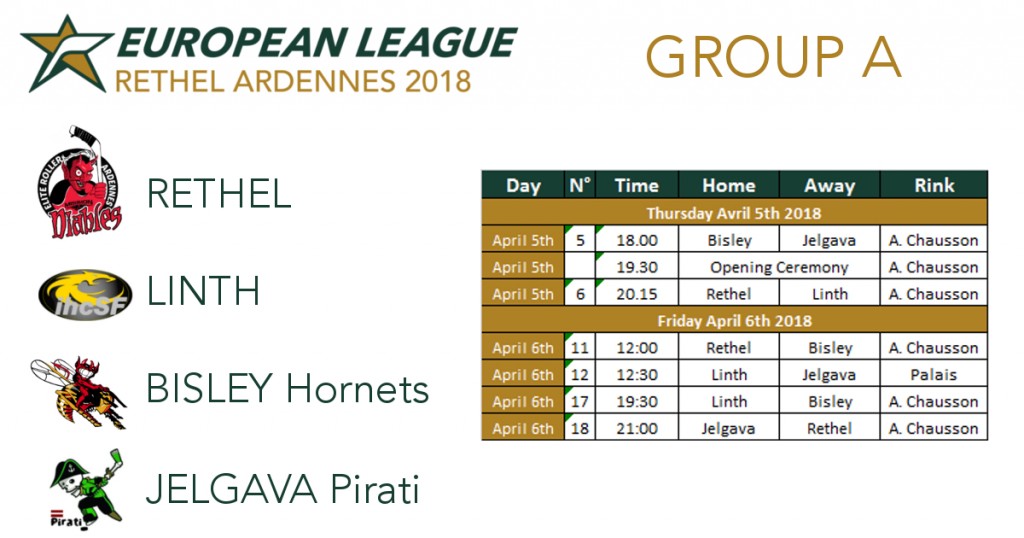 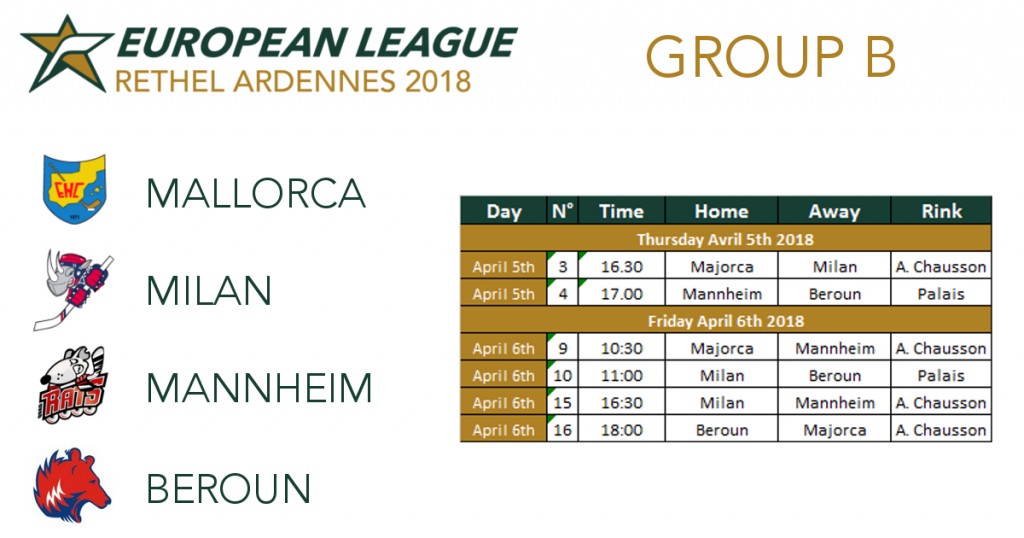 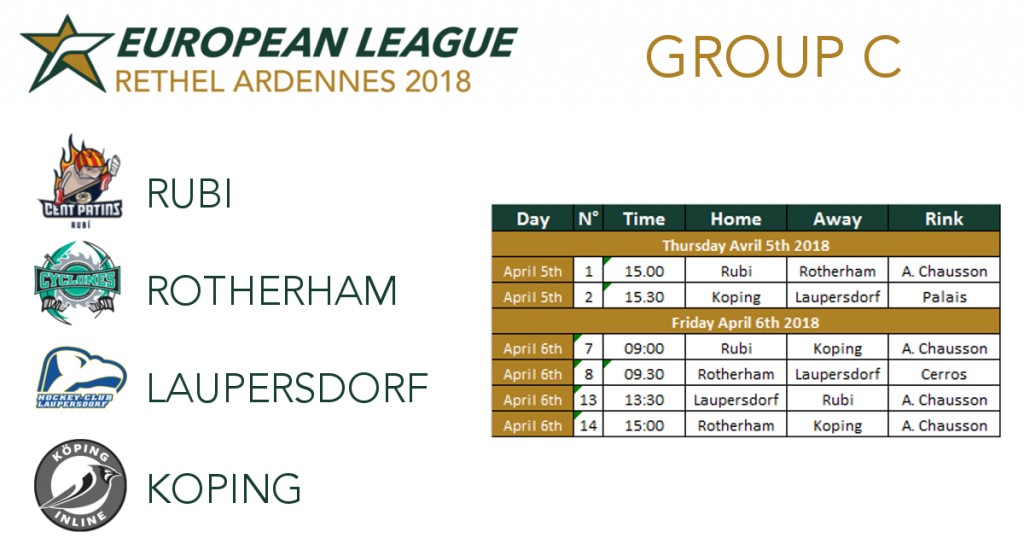