The 2017 European League will take place from 2nd to 5th of March 2017 in the city of Valladolid, Spain. This event, created for national governing bodies affiliated to CERS, is made in priority for national champion and cup winner of each national club’s competition. CERILH approved the competition format for this event, that is explained below. Twelve (12) teams approved their participation to the 2017 competition.

12 teams for an exciting event

Seven of them were already participating to the 2016 event in Rethel (France), where “les diables”  have won the European League title of the event they were organizing. These 7 teams are :

With this 2017 edition, CERILH will welcome new teams of: 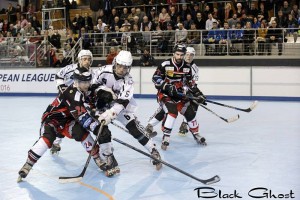 Round Robin, Group Phases, Semi-Final and Finals… an innovative format

The 2017 format is really challenging and quite innovative. 4 days, 2 rinks, 40 games, 2 competitions in one, 7 games per team… 2017 European League is set to allow an ultimate fight for a big win!

The 2017 European League starts with a three (3) groups round robin of four (4) teams. Teams are seeded in 3 groups (A, B, C) and will play once against each other. At the end of the 18 games, teams are ranked in each group. The two first teams will be qualified for the European League finals and the two last teams for the President Cup finals.

From this split, the European League and President Cup will live their own competition. It will start by a group phase where teams are seeded in 4 groups of 3 teams (2 groups in each competition). All team will play against each other and at the end of this process, teams are ranked again in their group. 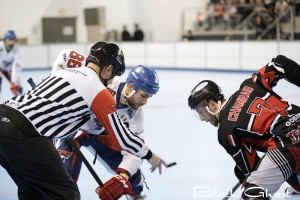 CERILH has approved the 2017 seeding process. Teams ranked from 1st to 6th place of the last European League (see here) are seeded in groups A, B and C of the 2017 event based on their ranking. All the other teams will be allocated to groups after a draw. Two teams from the same country won’t be in the same group, to maximise international games and spectators interest during the Round Robin phase.

We can already say that Rethel and Rubi will be in Group A, Garges and Linth in Group B and Milan and Norton in Group C. The draw will be available live on Facebook, on cerilh page.

All games are played with International FIRS rules. At the end of each game, if the score is tied, a 5 minutes overtime is played. If the score is still tied at the end of the overtime, a shoot on goals session is played, until the game gets a winner.

More news will be available in January after the draw. You can already access to some official documents like the planing and the European League 2017 Regulation: