Three years have passed since the last European Cup, thanks to the work of the new European Committee for Roller in Line Hockey (CERILH) supported by the French Federation of Roller Sports (FFRS), it rises from the ashes where she was born in 2003 … in Rethel (France).

Speed, agility, commitment, the town of Rethel offers the opportunity to discover the roller in line hockey in the most beautiful way, by welcoming on its land the best European teams. To reveal this sport that brings more and more followers around Europe, CERILH organizes 4 intensive days of competitions. The show takes place on 2 arenas, with 10 daily games for three days and 6 games on Sunday, the final rankings day.

The big event of the discipline includes 7 European champions (Rethel from France, Norton Cyclones from England, Laupersdorf for Switzerland, Mannheim from Germany, Milan from Italy, Rubi (suburbs of Barcelona) from Spain, Charleroi from Belgium), Linth which is the winner of the Swiss Cup, a former winner of a previous edition, Valladolid from Spain and two clubs with a high rank level in their respective championships (Garges from France and Brussels from Belgium).

A unique event in France…

In addition to the strong sport’s opposition between these champions, who are likely to provide strong emotions to novices and fans of this sport, many events are planned around the competition including tombola, to win jerseys from different teams involved.

The Roller in line Hockey in France

French Federation of Roller Sports can count on 56 000 licenses (57 % are men and 43% are women), with 850 affiliated clubs. The Roller In Line Hockey is the strongest discipline is terms of adherents, with 14 000 people, 5 seniors men divisions, 2 senior women divisions, regional divisions and competitions for kids of all ages.

The history of roller hockey in a few lines…

Roller hockey was born in North America in the 40s. A turning point is reached with the boom of “in Line” roller skates in the early 80s and in 1993, the first team fully equipped with in line skates wins the first title of the USA Championship. This new hockey move to Europe is very fast, especially in France in 1992 with a national tournament moving in most major cities, this event is the official birth of the discipline in France. In 1995, the first French championship is created under the responsibility of the French Federation of Roller Sports. Very close to the ice hockey in its early beginning, roller in line hockey has now gain its own identity as a sport, with its own specificities and techniques. 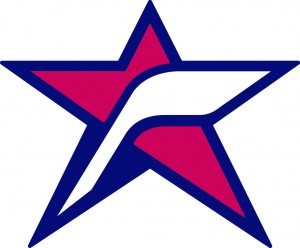